Azurite and Malachite with Chrysocolla Natural 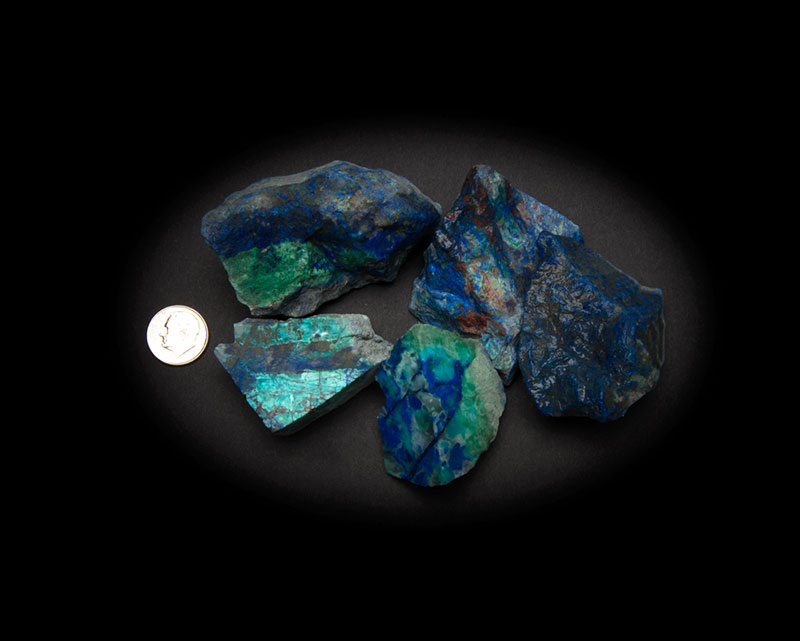 Named after its azure-blue color, this stone is highly prized and used for many purposes. Prehistorically, native Americans crushed this stone and used it as paint. Used for ornamentation by ancient royalty, azurite is also thought to increase psychic powers, higher inspiration and clearer meditation; also clarifies dreams and stimulates clear thinking. The spiritual qualities of azurite are of a lightly cleansing or purifying nature. There is also a love aspect in this stone which is very gentle, kind and patient. Azurite is a pattern breaker. It carries a vibration that dissolves limited concepts. It works directly on the mental body to break up thought forms which are, essentially, patterns of limitations. Azurite often occurs together with malachite in or near copper deposits. As a copper ore, it is considered a conductor and is said to break old patterns that often limit us. When the two are combined, the malachite moves through the azurite to catalyze pattern shifts and transmit awareness of these changes to physical consciousness, causing acknowledgement of these changes to be almost immediate. The addition of cuprite to this dynamic duo described above intensifies its ability to shift patterns and integrate changes. Cuprite is a crystalized form of copper, a major conductor of energy. When chrysacolla appears in any of these combinations, it awakens distant memories of a relationship with the earth that is primitive and instinctive, that changes with the seasons, and fully responds to its rhythms and signals.

Azurite and Malachite with Chrysocolla