The name comes from the Greek for ice, as it was believed that rock crystal was eternally frozen. It has been used in religious and shamanistic systems for thousands of years. Crystals are found all over the world, with some of the best materials coming from Arkansas. Quartz is considered by many to remove negative thought forms and stimulate psychic abilities. Clear or "white" quartz is best for stimulating psychic abilities. It also reflects the seven rays, the full color spectrum. In this respect it contains and symbolizes all colors of the rainbow, all levels of energy contained in the chakras. 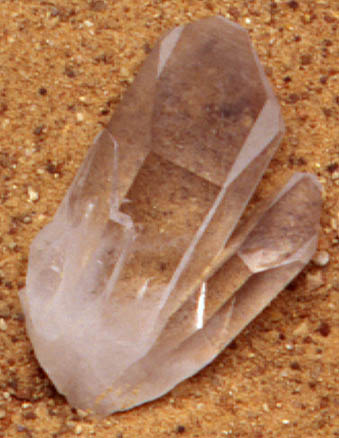